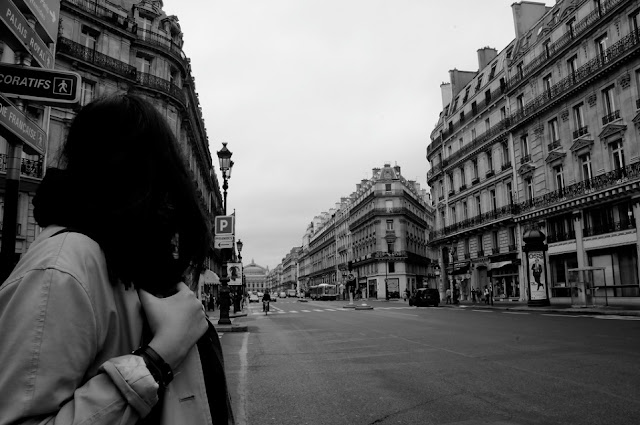 I was first introduced to Patrice Jackson in 2010 when I happened to see a photo she took of one of my friends here in Nashville. I'm so glad there was a credit next to the photo and I remember thinking that I hadn't been exposed to anything quite like that before. They were more than just candid photographs, they were slices of the human psyche caught on film. Her website has a photograph of this girl crossing a street in Paris and it feels like it was taken in the 50's or 60's. Her work is a mixture of live music, candids, portraits, and sometimes voyeuristic moments that all have the common thread of her absorbing eye running through them. She's been published in the book  Still Developing: A Story of Instant Gratification   which is a rare retrospective print collectible documenting the ISM polarioid project and touring exhibition. Some of her clients include Dum Dum Girls, Eleven Magazine, Nylon Magazine, Dummy, Brooklyn Vegan and Shadowscene. I've always been rooting for Patrice and once you see her work, you'll understand why. She was kind enough to answer some questions for me and I can't thank her enough for taking the time.

"REMIND YOURSELF OF WHY YOU STARTED TAKING PHOTOGRAPHS IN THE FIRST PLACE, IT DEFINITELY WASN'T BECAUSE OF THE MONEY" 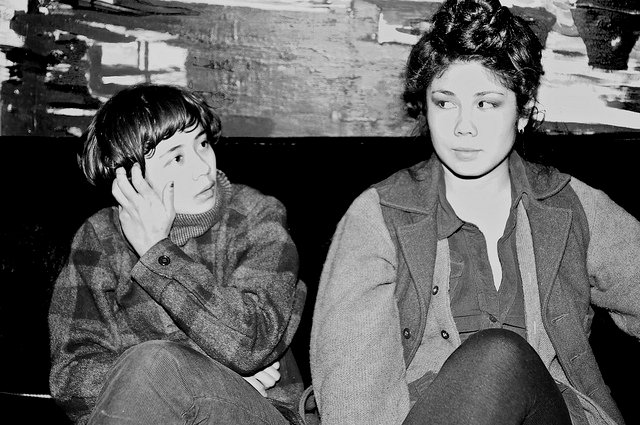 Where are you from and where do you live now?
I was born in Memphis, Tennessee. I moved around a lot and now currently reside in Kansas City.

When do you remember first picking up a camera?
I had always played around with cameras as a child being that my Uncle was a photographer. I started carrying around disposables when I was twelve or thirteen, but didn't get my first proper SLR until I was eighteen for a photography class in college.

What's one of your first memories of taking an image?
Goodness, it must have been when I was a child and most likely of my younger brother and sister.

What cameras are you using and are there any that give you your favorite effect?
Nikon N80, Nikon D300, an old manual Minolta, Polaroid Spectra and I have a plethora more but these are my favorites. The one camera I always keep on me though is my Nikon N80, it's my baby and I love Polaroids, so my Polaroid Spectra. 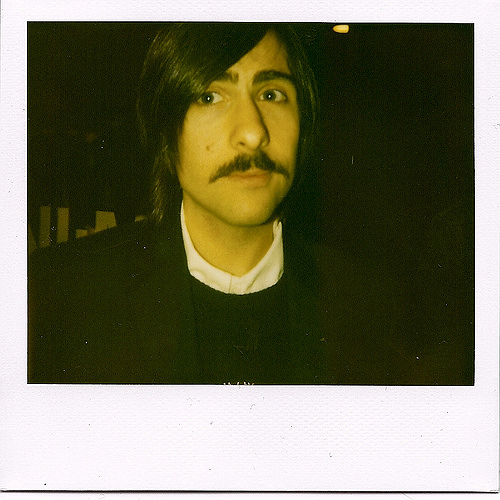 Who are some photographers that you're influenced by?

Robert Frank is my favorite photographer and one of the main reasons why I started to properly get into photography. I'm influenced by Annie Leibovitz, Sam Taylor-Wood, William Eggleston, Juegen Teller, Cass Bird and many of my friends are brilliant, inspiring photographers. I owe a lot of thanks to Malia James and Tessa Angus.

How many years have you been shooting now and what have you learned from it all so far? What's the best place it's taken you?
I've been shooting for seven years now. I'd say three of them have been as a professional. I've learned so much and it's taken me all across the nation and even overseas. I couldn't even begin to try and answer this without it turning into a novella. In short, it allowed me to break out of my shell. I was such a mousy, naive girl going into this. I wanted to please everyone and I took this very much to heart. Although I am still learning with each experience, so far I've learned you have to remain honest. To yourself and to your photo subjects and the people you work with. You have to be vocal. No one can read your mind, nor can you read theirs, so if you have a question or need more details, just ask. Everone has bad days, weeks and months even...you can't take it personally. Realize how your mood affects other people as well. If you come into a shoot in a bad mood, do you think your client is really going to give you the best results if you aren't feeling it?

How would you describe your personal style of photography?
Voyeuristic, documentary portraiture...I love being a fly on the wall and capturing those little moments...moments that are so easily overlooked. 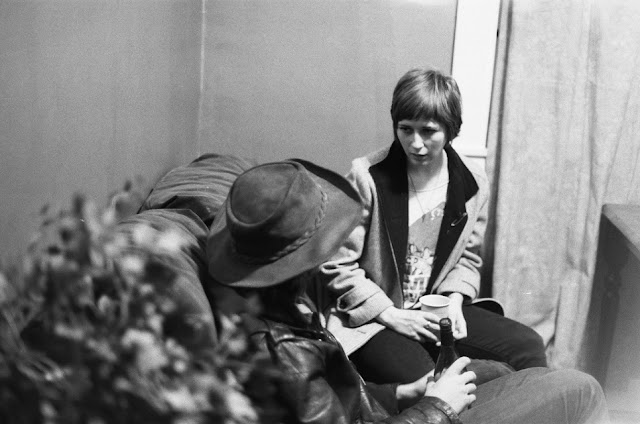 When was the first time you saw a photograph of yours somewhere?

Back in the MySpace days, I saw that Delta Spirit had one of my photos as their profile picture.

You've had your photographs on a few album covers now. Can you tell me about one of those?
My first album cover(s), we did four different ones. It was a collaboration with Matt Maust from Cold War Kids. We were doing the artwork for our friends band Old Lights. It just came about very organically. We were all friends willing to help each other out and admired each other's work.

Your work is intimate and we get a peek into places that we normally wouldn't be able to. Was this a conscious objective or more of a subconscious one?
Definitely more of a subconscious one. For me, my camera was an odd way of socializing. When I first started taking photographs - especially of bands - I was extremely shy and quiet and it was really the only way I sort of communicated...through my photographs.

The first time I saw your work I was opened up to the idea that intimate moments could be caught in such a way that the subjects didn't seem aware of it, even if they were staring into the camera. What kind of process or mind set are you in when you take images of people?
I really don't think about it. When I work and/or take photographs, I have to feel it and I also have to keep in mind the appropriateness of taking that photograph. There are many moments you just simply have to keep logged in your memory rather than documenting them. So, when I am taking photographs of people, it's usually just me being hyper-observant and seeing in my head a possible photograph and taking it. I guess some would say pre-visualization...

You have obtained really good access with bands and have shot backstage...how did all of that begin?
You have to establish a good relationship with the bands and the people you work with or they aren't going to trust you being backstage. I feel I've learned a lot being in very private situations. It's your responsibility to make sure you are doing right by what you document and how you share it. These are people, sometimes these are your friends, as much as you want to remain honest in your photographs you want to be respectful of your subjects, their lives and how a single image could affect them. Whenever I have had the privilege to be backstage as a photographer and even just as myself, I know it's because the band trusts that I am not going to exploit them or show them in a bad light. There are some things meant for only you and your friends, rather than the whole internet world. 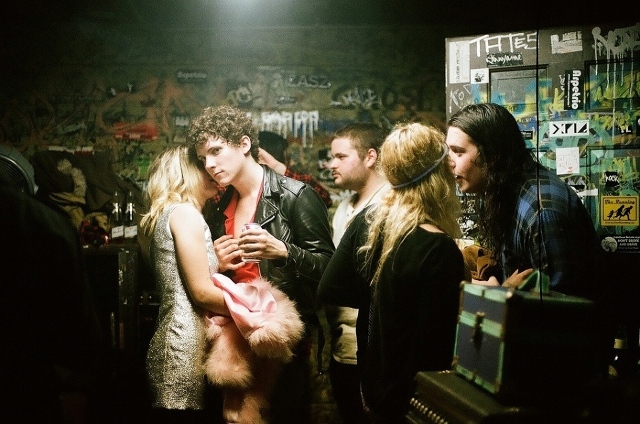 Your blog has almost 75,000 views and counting...what's your secret?

Relentless, shameless self-promotion. Drowning in the Flame is probably my third blogsite/attempt at blogging. It took a while to figure out what I wanted the blog to be and then I realized it should just be me and my daily adventures. It's almost like a diary for myself in some ways...a very public diary.

If a young person told you they wanted to be a professional photographer when they grew up, what would you say to them?
Stay true to yourself and have FUN. As corny as it sounds, it's true. You're going to have some dark periods, you're going to compare yourself to other photographers, you're going to doubt your abilities and this is definitely a very cometitive field. You are even going to be competing against your peers, but you are your own worst enemy. Remind yourself of why you started taking photographs in the first place, it definitely wasn't because of the money. You have to remember your passion for the art form and that you ENJOY doing it, you have fun doing it. Buy the ticket, take the ride, because it's one hell of a rollercoaster. 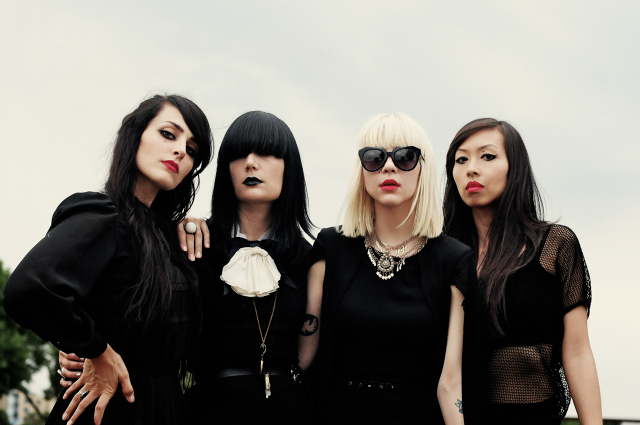 Who are you listening to right now?
I'm all over the place with music these days...it really depends on my mood and what I'm doing. As of late it has been Blood Orange, Solange Knowles, FOALS, Fiona Apple, Sleater-Kinney, Crystal Castles, Sisu, Dum Dum Girls, Tamaryn, The Drowners, etc etc...

Where is your favorite place on Earth?

LONDON, ENGLAND! But I still have so much of the world to explore and adventure! So, ask me this again in 10 years. 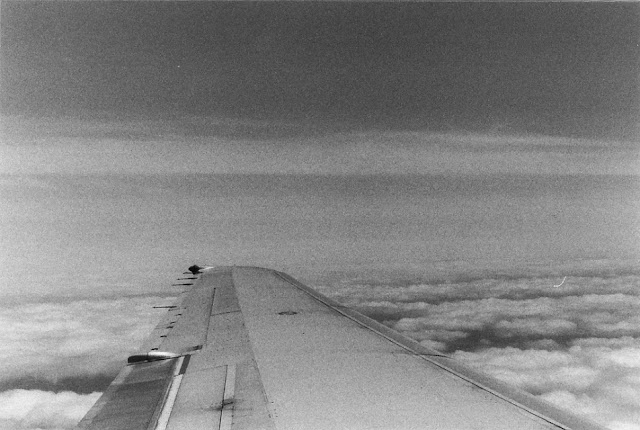 Patrice is currently available for commission and collaborations, see through her eyes here:
www.patricesharonjackson.com 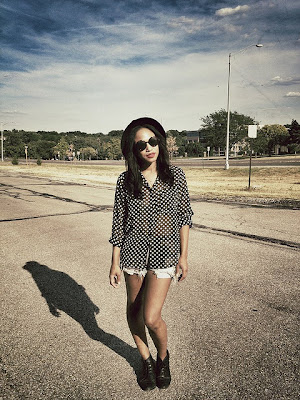