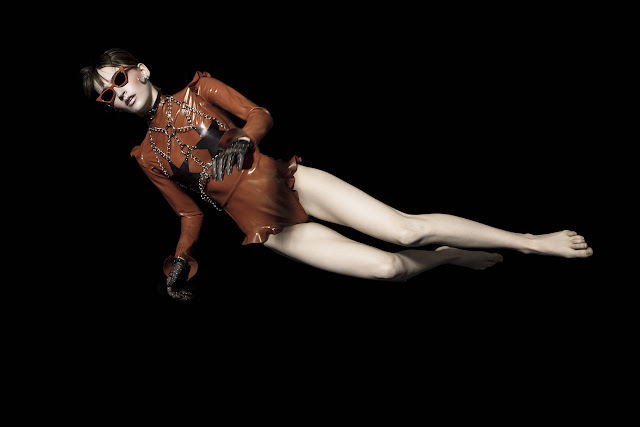 The more I take pictures, the more it matters to me what I feel from them. Just like you develop a specific taste in music over time, the same applies to taking pictures. We all develop, change, and try to get closer to the center of what makes us really feel that something. I look for that feeling in others' work just as much as I do in my own. You can't always explain exactly why something speaks to you, but when it does - you feel it. Jen Dessinger delivers a feeling in her work that I connect with on more than just a surface level, and that's what it's all about for me. I hope her work can inspire you to go out and make something wonderful.

"MY GOAL IS ALWAYS TO SHOW THE STRONGEST, COOLEST VERSION OF SOMEONE WITHOUT CHANGING WHO THEY ARE." 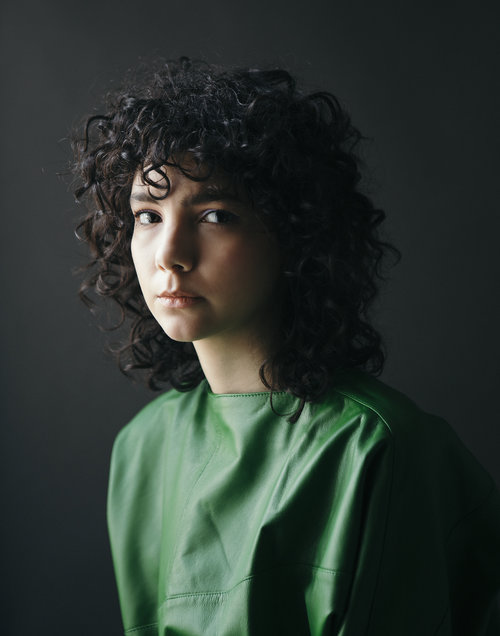 Where are you from? What was it like where you grew up?
Hi! I grew up in Long Beach, California. It's a southern California beach town with no real beach/surf scene, so skateboarding and music scenes dominated. I spent most of my childhood running around with my skateboard and hanging out at Zed Records. I feel so fortunate to have grown up there, because it was such a musical place with lots of trouble for me to get into.

I've been skating since '96, and it's remained a huge part of my life - could you talk about what skateboarding did for you growing up, and how it fits into your life/culture as an adult?
I found skateboarding right as I was about to enter a difficult time in my pre-teen years, so it was the perfect physical and creative outlet for me. Long Beach had a very active skate scene that was super accessible, so I was able to meet and surround myself with positive influences early on. Now, living on the East Coast as an adult I'm not as connected as I would like, but am still in constant contact with friends from that time. (I did have a pretty epic moment recently though, when I got hired to shoot Mark Gonzales for CK)!

What was your journey to becoming a photographer like?
I was a late bloomer in regards to photography...I was getting close to graduating with a degree in anthropology and was like, wait, this isn't feeling right. So I took some time off and tried doing some of the things that I had always been curious about - photography was one of them - and I was addicted to it after that. I spent about a year shooting and working in the darkroom, getting ready to apply to Art Center.

Photography doesn't require a college education. Personally, I learned most of what I know about photography directly from people who had been doing it for years. I wouldn't take that back for anything.
Nor would I! The guy who ran the black & white lab was Ansel Adams' printer! How insane is that!? It was honestly one of the best times of my life. I feel so fortunate to have gone to school and worked with the instructors there - as well as my classmates. I do feel that with photography, it's important to keep learning and educating yourself - forever a student.

How many years were you at it before you started to get some work?
I think it was about a week before I was to graduate from art school. One of our final assignments was to send out promo cards and I ended up getting a shoot for Dazed & Confused Magazine. It's been a roller coaster ever since!

What was one of your first jobs that you thought, I just did that!
Probably shooting the Chanel Runway show in Dallas. It was so surreal! I was dropped into this high fashion world set in the middle of Texas, shooting seemingly mythical characters - like Karl Lagerfeld and Anna Wintour.

Your work feels like fashion at times, but it also retains a very genuine aesthetic. What are you trying to reflect with your work?
I try and keep it as portrait or documentary style as possible, no matter what I'm shooting. My goal is always to show the strongest, coolest version of someone - without changing who they are. I had gone through a work phase where I was shooting a lot of fashion week dairies - which was super fun. I do like fashion photography, because there seems to be the most room for creative play there, commercially speaking. 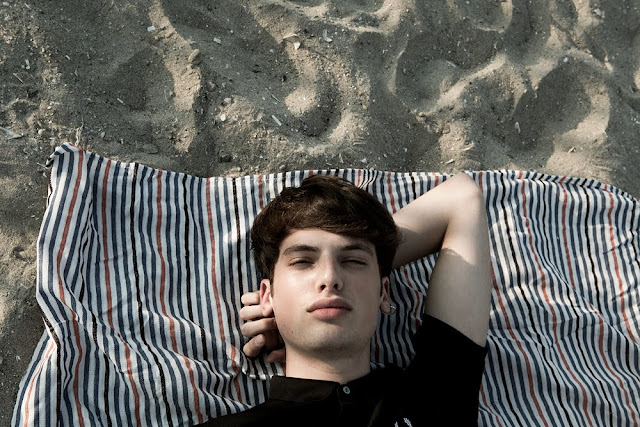 What type of gear are you using to get as closely as possible to what your eyes are actually seeing?
Right now, I am shooting with a Canon 5D Mark III and a Canon C100 Mark II for video.
I haven't been shooting digital for very long - maybe two or three years - so I still have my film cameras - Mamiya RZ67 and Pentax 67 as well.

Who are some of your influences?
Diane Arbus, she was an influence from the beginning and I always end up coming back to her work. I love the subjects she was drawn to - her perspective and compositions. When I first got into her, I remember being super impressed by the commercial work that she did - it still really looked like her work, but nothing was lost in translation. Other than Arbus, my influences are ever changing - right now I've been enjoying the work of Melodie Mcdaniel & Julia Gorton.

What's your connection to Chain and The Gang?
I became friends with them by going to their shows and then started shooting with Anna Nasty for their Olivia Neutron-John project and with Ian for Escape-ism whenever he's in town.

When I photographed them, I noticed how on-point they were with their modeling skills! I didn't really have to do much directing, I feel like they just have their own thing going and that's what you're documenting. What was your experience shooting with them?
Yeah, seriously! They are a dream to shoot. I feel guilty taking any credit because it's really all them bringing the magic - I'm just documenting it. 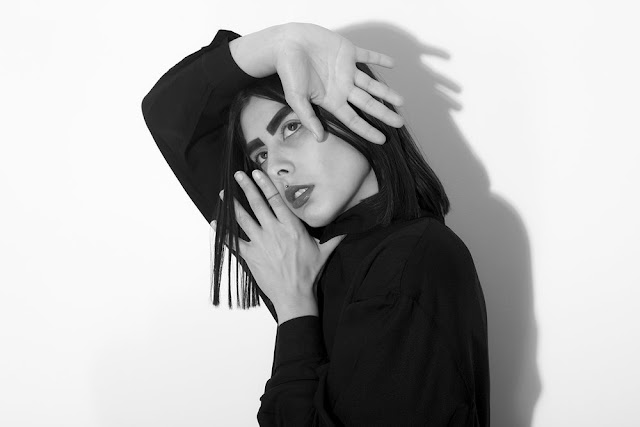 You've landed one of your photos on the cover of their most recent record, The Best of Crime Rock. What can you tell me about it?
I am in very good photographic company on the cover, the photo of Ian Svenonius is mine. Michael Andrade shot the image of Francy and Ian took the photo of Anna. Ian worked all of the ripped layout magic.

Where did you learn about light?
The technical stuff I learned in school, but for the aesthetic I learned from watching older foreign films. I'd recommend any and all Godard. Outside of Godard, Au Hasard Balthazar is painfully beautiful.

What's one of your favorite light sources?
I'm most drawn to realistic lighting scenarios - very paired down - with that tungsten Hollywood look. I'll use whatever it takes to get there. I have a Profoto strobe kit (with mostly silver light accessories) and a basic Canon flash - but have also used clamp lights from the hardware store. I've been shooting more video lately, so I've been using 2k's (hot lights) for both video and photo - which is fun! 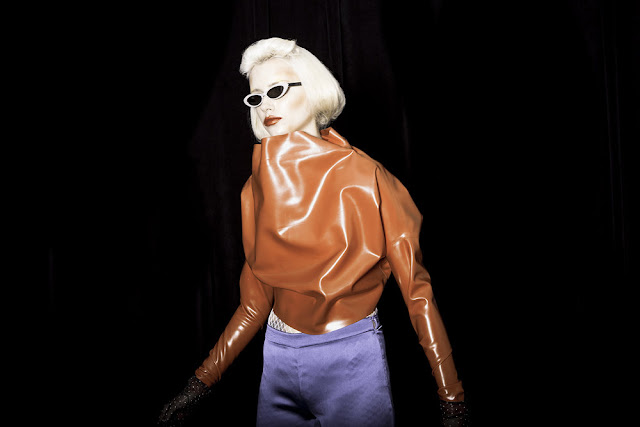 Can you tell me about Derby Girls? What inspired it, what do you hope your viewers connect with?
I grew up on the racetrack and missed that time, so I wanted to go back and revisit as an adult with a camera. The demolition derby is usually the finale at the end of the race season, so it doesn't happen all that often. It's even more rare to have a race with any females, yet alone, all females. I feel like this is the one place where time has stood still. Not much has changed since I remembered it from childhood, maybe just the models of cars that are being driven. Going back I became fascinated by the female presence in the hyper-masculine setting and how the women navigate that environment. The actual race is called Powder Puff Derby, if that gives you any idea. 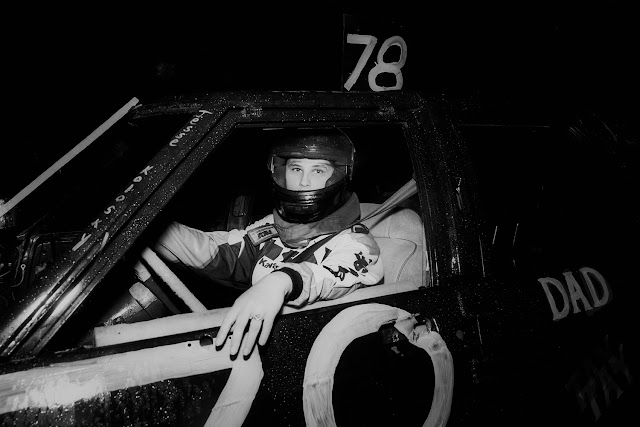 What's one of your favorite photographs that you've taken?
Probably one that I took when I first started photography. I had shot a 1950's patio table and chair (sounds super boring!) in black and white with a Holga. It's a favorite because it's one of the first photos where I felt, maybe I can do this as a career.

What are you working on right now?
I have a few top secret video projects coming up, fingers crossed! Until those projects happen, I have been covering my apartment in plants - specifically insomnia preventing plants in my bedroom. Also, working on getting those kick flips back.

What would you say is one of the hardest lessons you've had to learn so far?
The hardest thing for me has been navigating the emotional ups & downs of having a creative job. It's great when I'm busy - I feel super inspired and energized - but when I'm slow, I tailspin into that I'm a failure who is never gonna work again area. Which isn't true, so it takes a concerted effort to keep myself in a productive headspace to just ride it out until the next wave of work comes in.

Where do you feel like your work is headed from here?
Not sure! I feel like I'm entering another exploratory phase. I have been doing more video stuff lately, so I'm trying to figure out how that fits in with my photography.

What's your favorite album so far this year?
Chain and The Gang, of course! Super obsessed with French Vanilla's album as well.

Take some time and look through Jen's work here: www.jendessinger.com 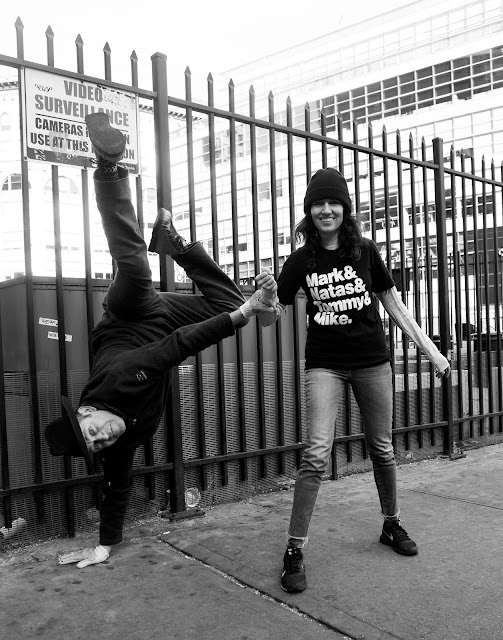