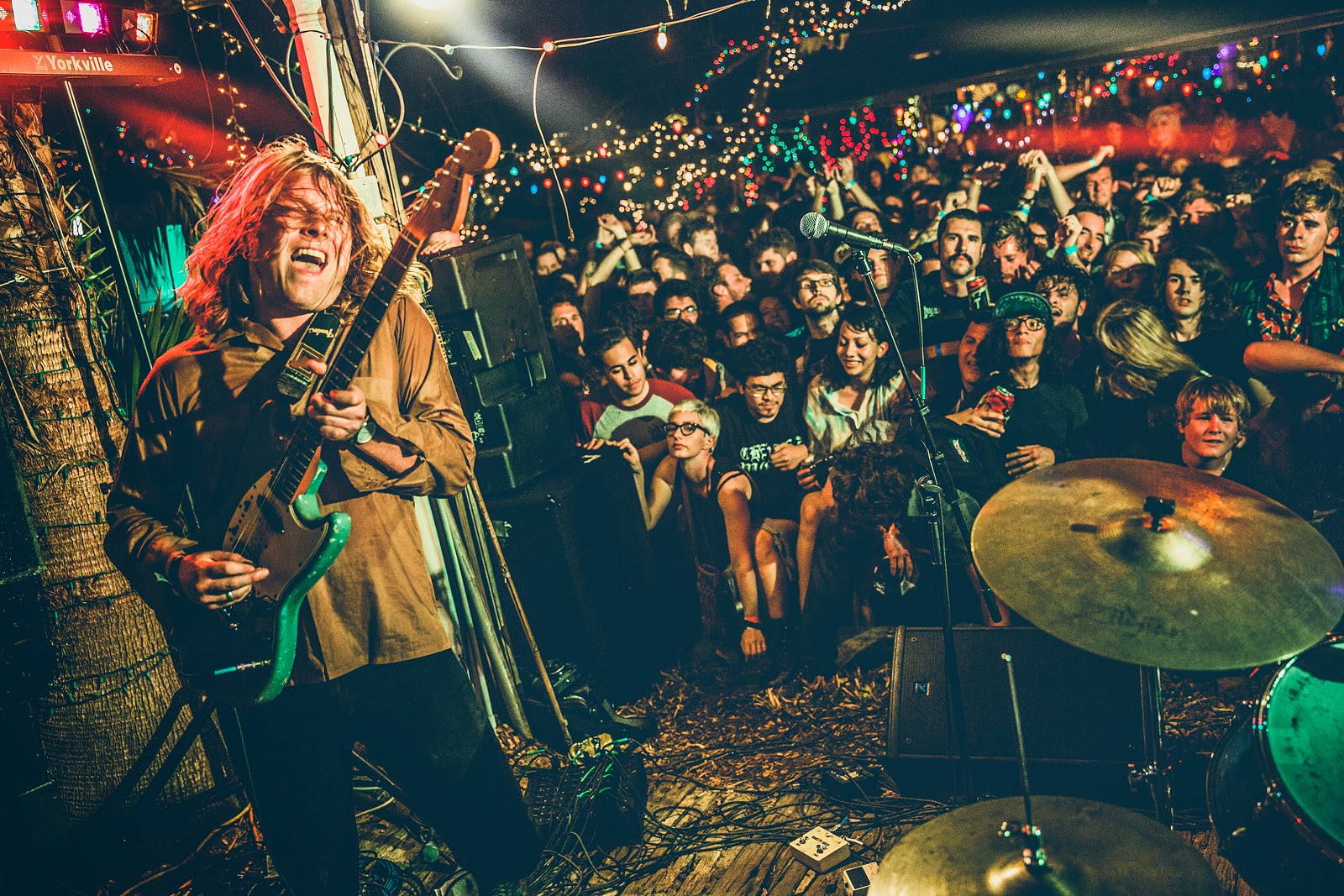 Festival season is upon us and I wanted to talk with someone who represents the spirit and pure love that goes into documenting such an experience. There is none other than the wonderful Pooneh Ghana. Festival photography is extremely hard work and unfortunately you don't get to experience much of the lackadaisical vibes happening all around you. It's a lot of running from one stage to the next, staying on schedule, and making sure you're getting everything that's assigned to you. Whether you're trying to make a career out of live music photography, or whether you're just using it as a stepping stone - it's something you have to love to the core to keep doing. Pooneh has not only stuck around, she's managed to be very successful in making one of the best live music portfolios out there. She's also expanded on that and made some really beautiful portrait work as well. I'm very lucky to have gotten a chance to talk with her.

"YOU JUST HAVE TO REALLY, REALLY LOVE IT."


How's it going?
Good, just recovering from SXSW…it was crazy. I saw Ty Segall and Black Lips, so I'm happy.

You ready for some questions?
Let's do it.

Where are you from?
I'm from San Antonio, born and raised. My parents are from Iran and came here in the early '80s, so I'm first generation Persian-American.

What was it like growing up?
I'd say I have pretty cool parents…the fact that they let me go to Germany on my own when I was fifteen to go to a music festival and they've just always been supportive of what I wanted to do. All of my cousins are doctors and brain surgeons, so I'm kind of the odd one out.

How old were you when you started getting into photography?
I think I was sixteen when I bought my first camera…which was a Holga. I didn't really talk to anyone in high school, so I found other ways to keep my self entertained and I somehow got into photography. I was going to a lot of shows at the time, traveling up to Austin taking photos for fun…doing the whole Polaroid thing. That blog Gorilla Vs. Bear saw some of my Polaroids from Fun Fest and asked me to come shoot for them; I was about eighteen then. That was my first photo gig and it all just kind of went on from there. 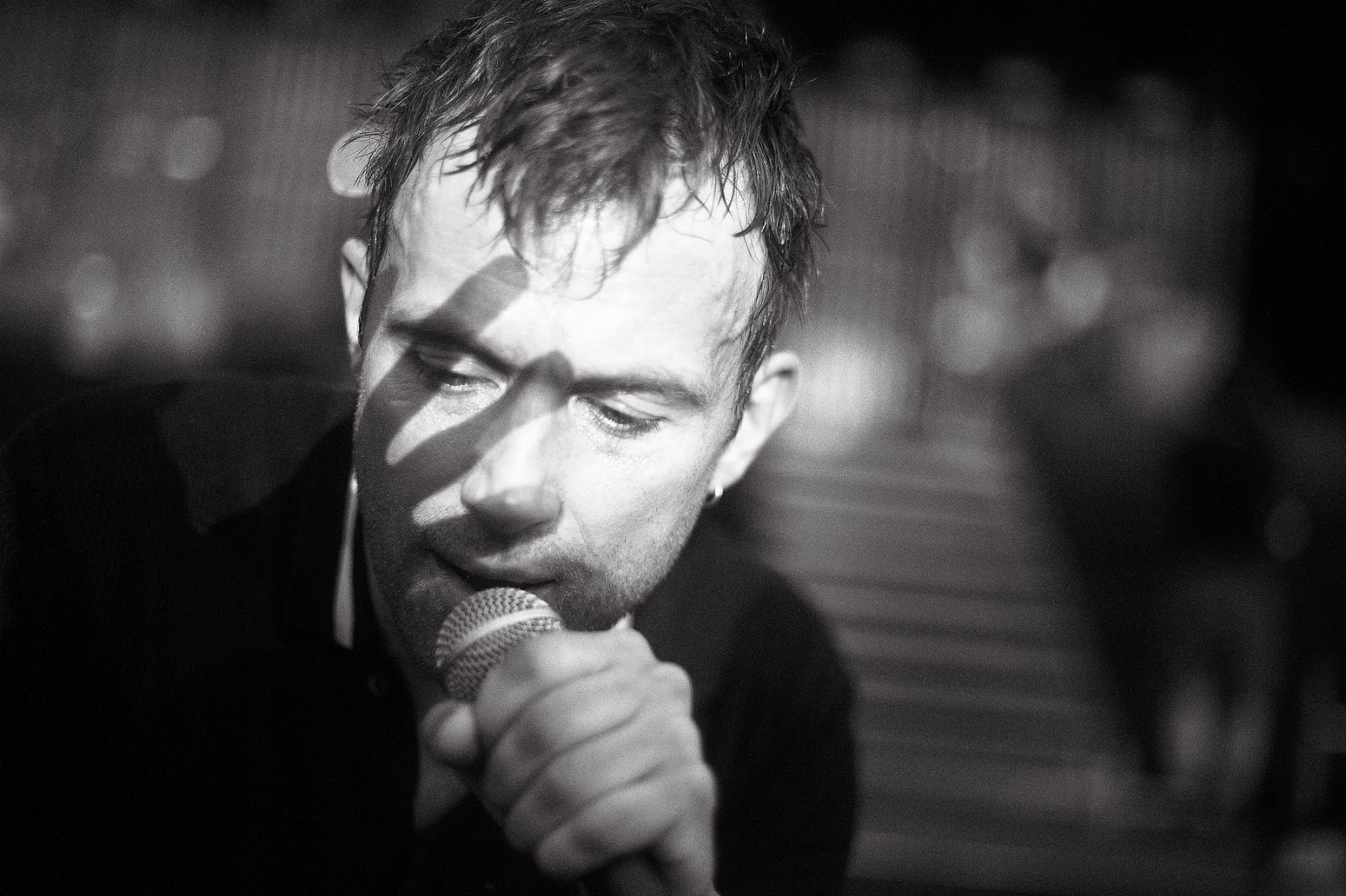 Was there a live show early on that made you want to pursue this as a career?
I think my first live shots, where I was like, "Wow I can really do this" was probably when I went to see Blur in Hyde Park and I snuck my 5D Mark II in and camped out for ten hours so I'd get front row and center. I shot from the crowd, posted them and got a really good reaction.

So you're completely self taught then? Did you attend a college?
Yes, everything I learned was self taught. I learned how to develop film by researching it online. I went to UTSA and I studied marketing.

Has that marketing degree helped your photography career?
I think so, you're basically selling yourself and your work so you need to learn how to do it. It's definitely been useful for me.

Tell me about your journey so far.
I started out with Gorilla Vs. Bear and they get a lot of hits on their site. Then I started shooting for Stereogum and a lot of it was just reaching out to publications too. I'd reach out to Pitchfork and Stereogum, then I started meeting a lot of bands and going to festivals, and building good relationships. Now it's down to the point where people reach out to me and ask me to do portraits and cover stuff.

Who are you currently shooting for?
NME, mainly. I was going over to England during the summers to shoot festivals and I think that's what really escalated my career. NME saw my photos, got in touch with me and asked me to come shoot for them about a year and a half ago. I still shoot for Pitchfork occasionally and I've been doing a lot more portrait work recently (just directly with bands); I've been doing some tours as well, which I've been having a lot of fun on.

Who are some of your influences that aren't music photographers?
I think one of my early inspirations was Ryan McGinley, his work is absolutely amazing. Diane Arbus as well…there's this other guy Neil Krug, he does a lot of Polaroid work and he does a lot of artist portraits on this Mamyia RB67, but he paints his photos…his stuff is just on another level...it's just amazing. I don't know how he gets the results he does but he's an inspiration too.

Who are some music photographers you're inspired by?
Andrew Whitton based out of the UK is probably one of the best music photographers I know. There's another guy based out of Austin named Chad Wadsworth, he's one of my good friends. He has a whole artistic spin on his photos, using crazy filters…but he does really well. Andrew Kendall as well, he's one of the main photographers for NME. He's always supported me and given me great advice. He help build my website and is just amazing.

Can you talk us through your editing process a bit? How do you make selections of your own work?
I just look for something different…I don't just want a guy with a guitar standing behind a mic. Something that brings out some sort of emotion in them you know? I go through them pretty quickly but I probably go through an entire set like ten times just editing them down. Even when I'm in the pit…if all of the photographers are standing on one side, I go and stand on the other side. 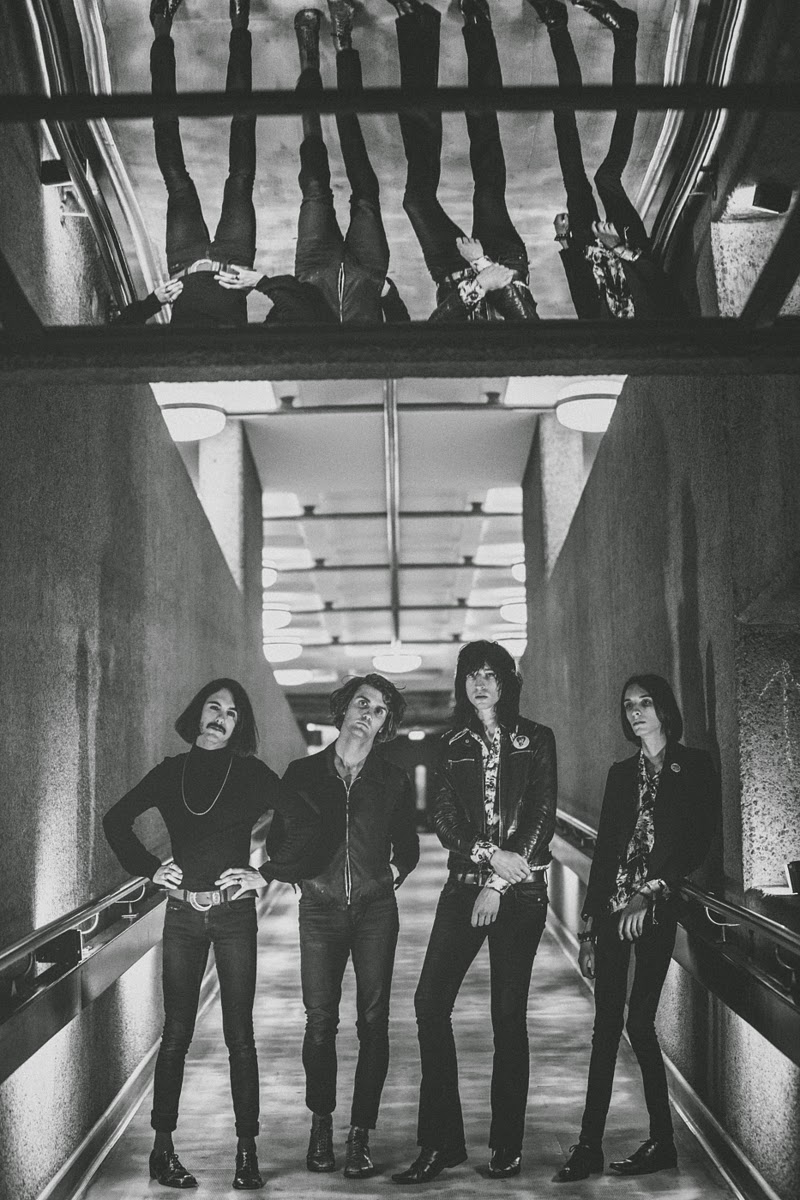 What would you say it takes to endure live music photography?
You just have to really, really love it. Don't expect to make a lot of money, (hope to get there one day), but you really have to love it and be dedicated to it. It's a lot of hard work and long nights. You just have to have the attitude for it and people have to like you. Some people through hard work have been able to make a living off of it. I guess you kind of have to be a free spirit because of all of the traveling it takes as well.

Did you ever get discouraged in the beginning?
I never expected to make a career out of it until people started noticing my work. It's very easy to get discouraged for sure. I was just doing it for fun and I was posting my Polaroid stuff early on, noticing that they were getting thousands of views a day. That was like 2007 or so and taking it on a Polaroid is more intimate, the bands reaction to a Polaroid is better than a huge DSLR. It was also the subjects I was taking photos of as well - bands like: Foals, Vampire Weekend, and they all have a pretty hardcore fan following.

It seems like more people are shooting Polaroids now.
I think the whole band Polaroid thing was…I know there were other people doing it but now it seems like everybody's doing it. It's weird because Polaroid was around, it was easy to go to Walgreens and buy Polaroid film back then. It seems like now that a lot more people are using it, it's harder to actually find.

Was there a portrait photographer you were influenced by early on?
The guys I mentioned earlier…Neil Krug is probably one of my favorite portrait photographers. Steve Glashier is mainly a video director but he does video stills and the quality of his photos have a very creamy texture to them. 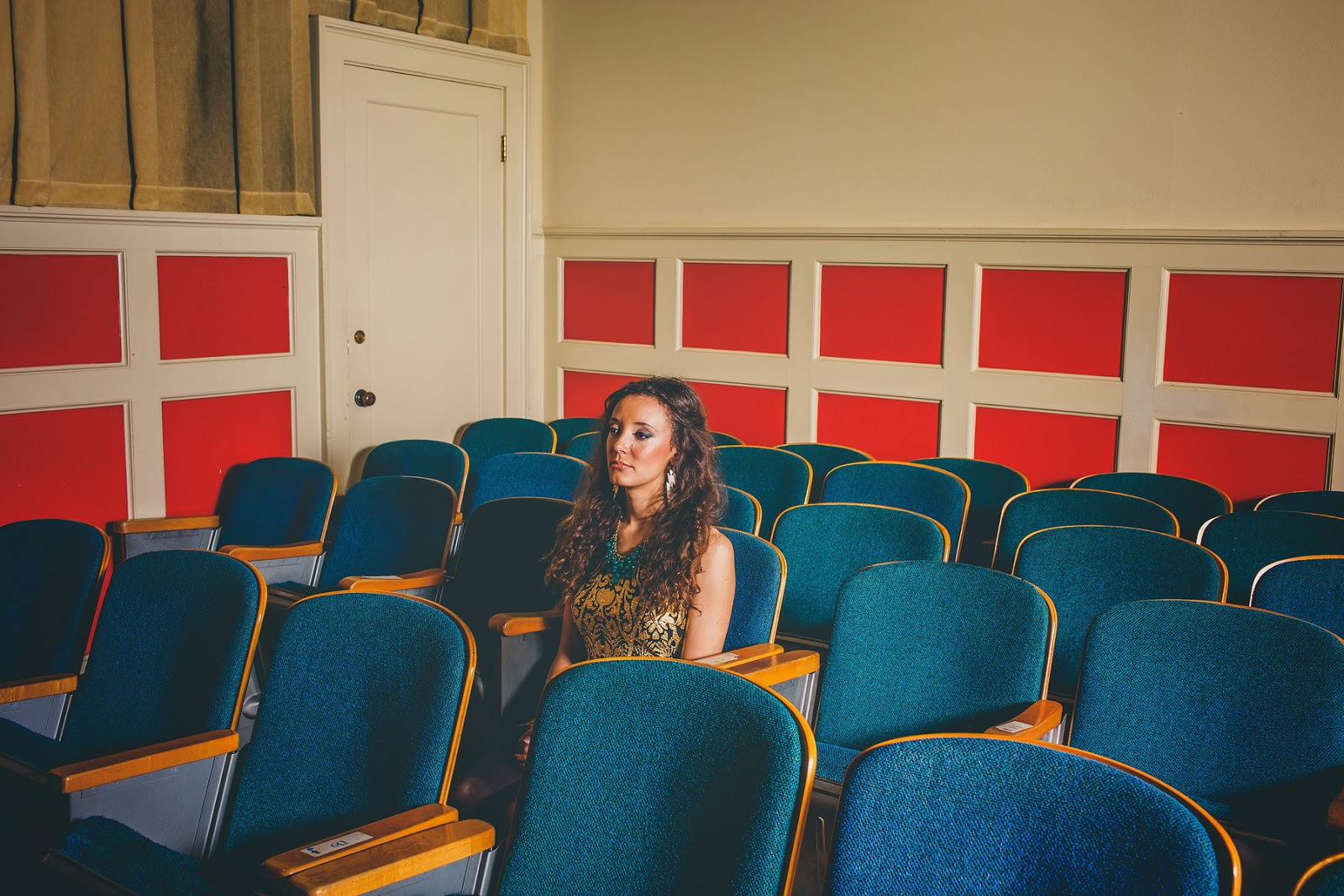 Some of the locations you've been able to utilize have been really beautiful, like the Cene Hale image for instance.
Yeah, that was in a theatre in Austin. You really have to keep an eye out for these places, it's easy to get lazy and just go to a park and take photos.

What kind of light are you drawn to within your own work?
I try to use as much natural light as possible, it just looks better. I always prefer shooting in dimmer light or when it's slightly overcast, because it completely changes the mood of the photograph. That's just a talent within its own, just seeing the light and knowing how it's going to look.

When was the last time you had sort of an epiphany about light? Something you were shooting that just kind of hit you in the right way and made you stop and think...
Recently I did this shoot with a band called Teleman and it wasn't so much the strength of the light, it was how it was reflecting off things and I hadn't really played with shadows that much before. The shots from those are some of my favorites because we were messing around with the shadows and the way they were hitting the walls.

What's your schedule like?
Most people just think you go to a show, you shoot it and you're done. Like at SXSW you're just out for like fourteen hours shooting all day and then you have to get your photos in by 7am the next day. People don't realize how much work it actually is, but I wouldn't be doing anything else. It comes to the point now where if I'm not shooting a show, I'm at home editing, or I'm traveling to go shoot another show. It's just constant work but I'd rather have that than just sitting around waiting for gigs to happen.

If you weren't being contacted for photography jobs, what would you be doing?
I'd go out and shoot, learn, and travel. I always take photos on the road and bring that perspective back into my music photography. I always try to improve upon what I'm doing. Learning how to develop my own film, practicing with lights, researching etc.

Are you represented by anyone?
Yeah, the gallery is called The Show on the Road and they travel around selling prints. She just found my Polaroids on facebook and got in touch with me for representation. 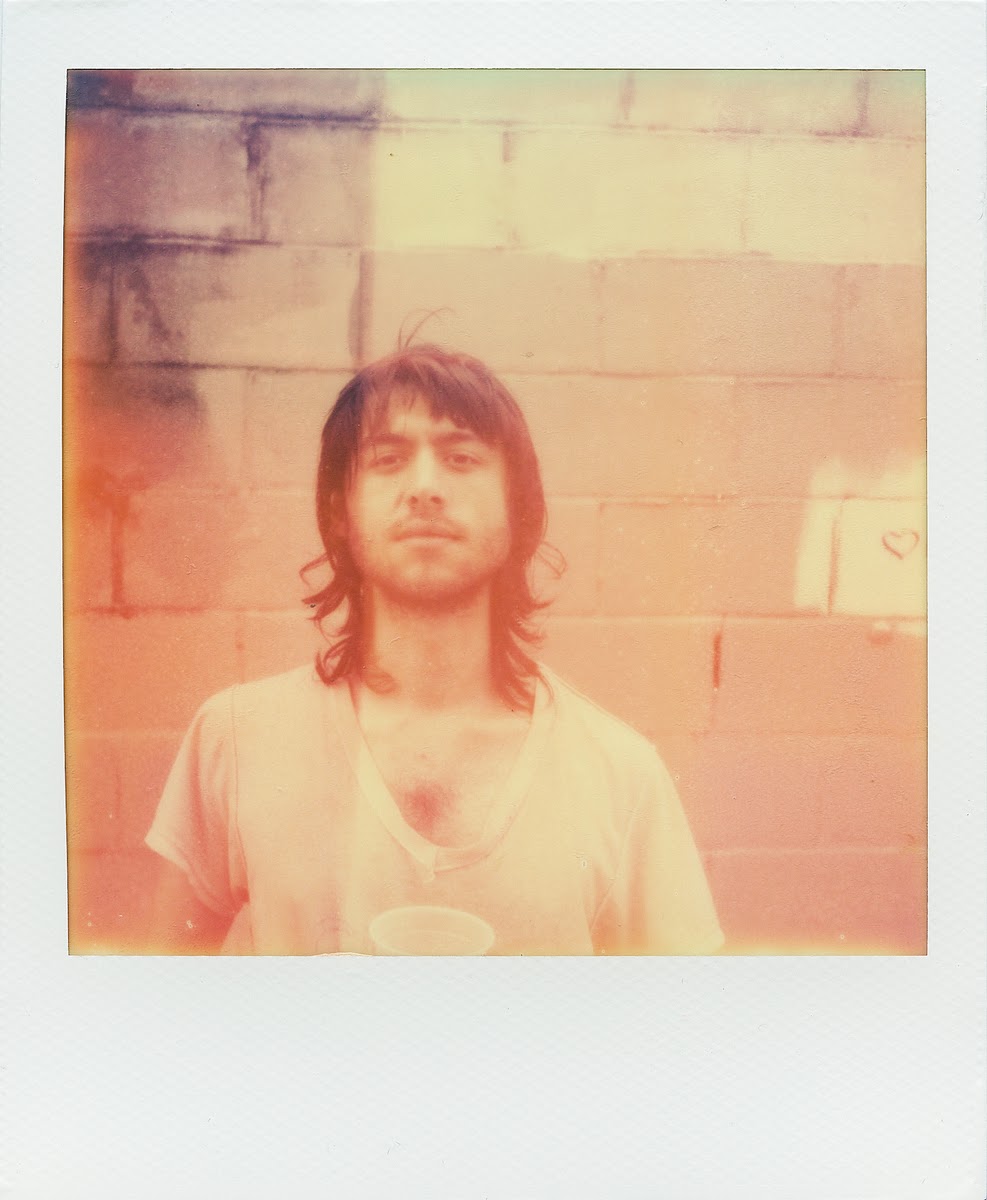 What kind of Polaroids are you using today?
I must have shot with every type of Polaroid you can think of…I have a Polaroid 680 which uses 600 film. I always use the Impossible Project film for it. I also have a Mamiya RB67 with a Polaroid back on it and I'll use the Fuji film for that. Fuji FP-100C and I also use a black and white one which is the FP-3000B.

What's next for you?
My roommate and I are doing a road trip next month…we're going through California and up to Portland meeting friends along the way and taking photos. That's kind of more of a personal project. Hopefully I'll be doing this Foals tour in May and after that I'm doing Governer's Ball, then Bonnaroo, and then I'll be back in England for the summer to do the whole festival rounds again. That's my plan for the near future…

Do you see yourself still doing this five years from now?
I'm doing well with it right now, I'm thinking about possibly moving to London because England is so great for photographers. That's one idea. It's hard to leave Austin though so maybe just trying to build more of a stable environment here; maybe open up a studio. Right now I'm just enjoying everything, so let's see how long I can keep it up. (laughs) 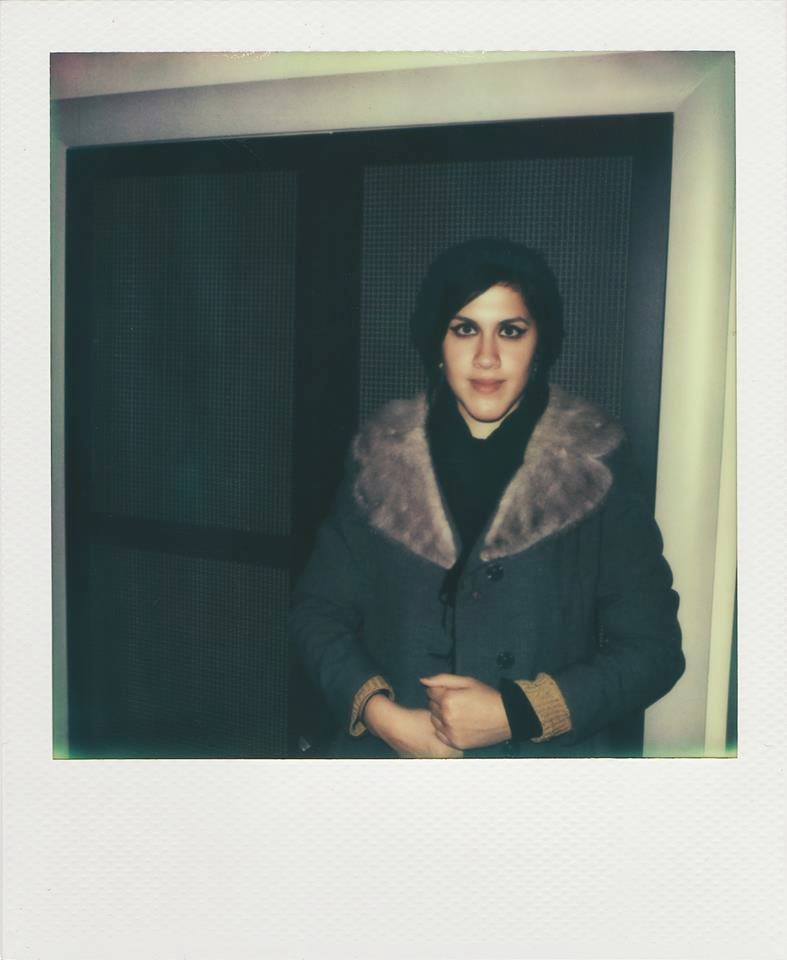