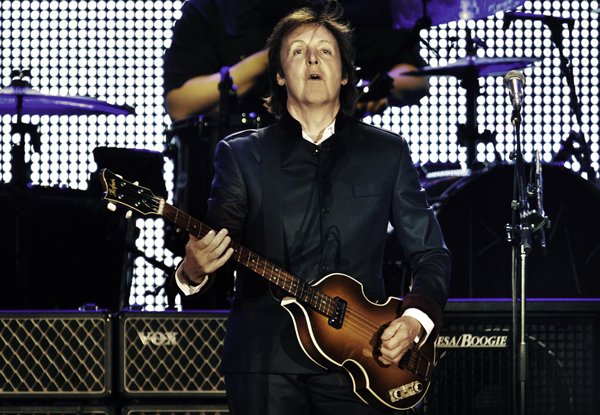 Photographers are constantly searching their minds and pulling out memories, ideas, thoughts, influences, beliefs and knowledge to compress it all through their eye. Our experiences compose our vision and the images that we produce are reflections of ourselves. Live music photography is all about moments, reflexes, emotions, angles, light, documentation, and making beautiful artwork. Anyone can take a live music image, but it takes a very special mind to be able to capture the moments that give depth and significance to the artist(s) on stage. Few have the vision to see the magic that exists in the most delicate openings at a live show and I am so fortunate to know and to have gotten the chance to interview one of my personal favorite live music photographers, Dana Distortion Yavin. 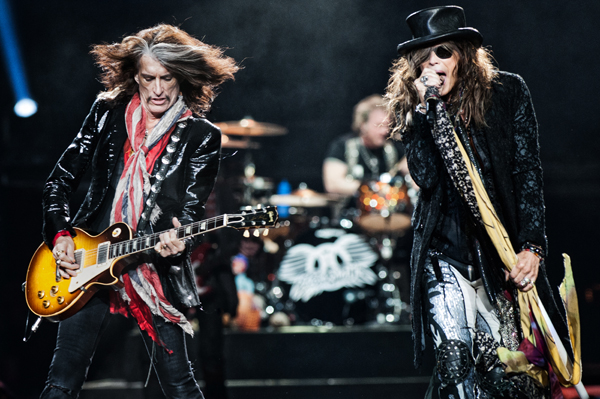 So you're from Tel Aviv, Israel...what was your childhood like there?
Amazing. It's really a good place to grow up because you get to be very independent at a young age. It's very children friendly. On the other hand, it's always in war so it's often not the best place.

What made you want to come to the United States?
I came to New York for the summer for two months and stayed for thirteen years. Just like anything else in my life, it wasn't planned and it just happened.

When did you start becoming interested in film and photography?
I think it kind of naturally happened, but I was always very visual. I always saw my life as a scene from a movie, it always had a soundtrack and I kind of look at myself from the outside. I saw stories in scenes, like in cinema and that's why I think I started with film and not with photography. I always liked photography but I think I kind of avoided it because of the math behind it. It always seemed very complicated to me how to operate a camera. I did take printing classes in the past and it was always a side hobby for me.

You've achieved two film degrees...What did you learn from film school?
I started film school in Israel and then moved to New York. I went to school not for them to teach me what to do, but for them to give me an understanding of what I can do. I just wanted to develop my emotions and I think that's what school really gave me. It also gave me the opportunity and the key to do it because I could rent very expensive equipment and I had wonderful teachers in every aspect of it. I really loved it, I hated high school but I loved film school.

Who do you shoot live music for in New York?
It depends, sometimes I shoot for different bands or PR. I shoot mostly for Brooklyn Vegan and now I've started shooting for Rolling Stone.

What's new with you? What other projects are you working on?
I do a lot of other stuff. I do videos, I do portraits - which is something I'm getting more and more into. I'm starting a new blog right now where I'm going to be a little more personal about my self and my photography which I think I've been avoiding for a long time because of English mostly. Writing in English is not easy for me as much as in Hebrew, but I'm getting over it. I've got a new documentary film I'm working on as well. I'm constantly doing a million things but there's never enough hours for me to do everything I want to unfortunately. 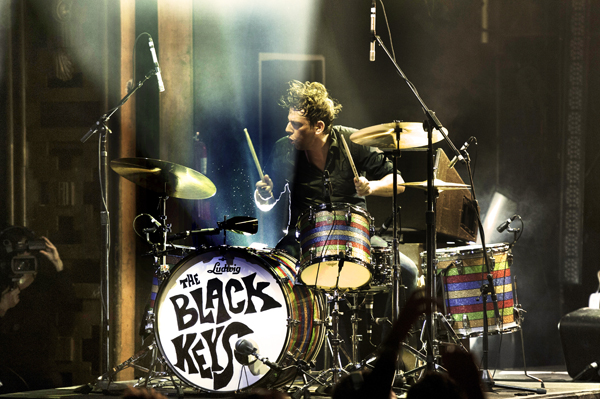 What kind of gear do you use for your live music photography?
I use a Nikon D700 and Nikon D4 for camera bodies. As far as lenses...a 24-70mm; 70-200mm; 24mm; 50mm. The next one on my list is the 14-24mm which I'm dying to get. Of course better equipment gives you better results, but it's not what makes you a photographer. You need to develop your own style. Better equipment is not a solution to becoming a better photographer.

So can you tell me how you started shooting live music professionally?
I was always involved in music in some way or another. I was always in the music scene in Tel Aviv, I always dated musicians, I always played instruments, I'm very into music. Everything I do almost in my life is music related. I've been djing as well for many many years, music is just a big part of my life.

I never thought of shooting live shows for some reason and then I did a documentary film about Gogol Bordello, so I toured with them and shot video. I was at a festival in Texas and they asked me not to shoot video, so I had this little digital point and shoot and just started snapping shots and just fell in love with it immediately. That's it, that's seriously how I started...I just fell in love with it instantly and never put the camera down. I took it to all the shows I went to and started shooting and within a year I had quite a good portfolio, I think. 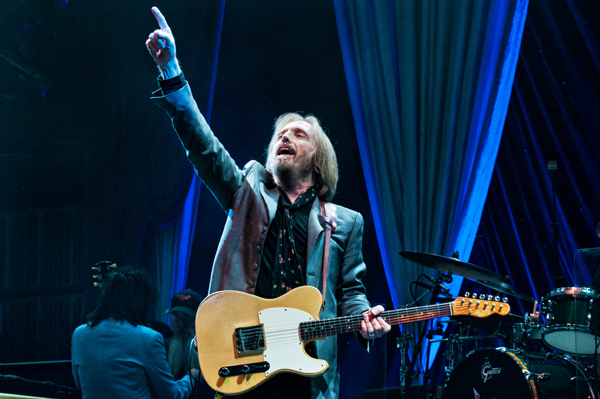 What kind of moments do you look for when you're editing your own work?
I think for your portfolio, it's the 5-10 first photos that count and they need to be the stronger ones. It's a combination of big names, great moments and something that shows something about you as a photographer. I don't think people really tend to look after that. A portfolio is to show your personality and your skill as a photographer. When I shoot music, I feel like I'm onstage with the band. I feel the show, the band and that's all I care about. What comes out just comes out, I never plan anything, I never want to expect anything. I enjoy every second of it and I never have expectations. You never know and that's what I love about it.

For folks who don't know anything about live music photography, how would you describe it?
It's hard. I don't want to judge anybody, but I don't get photographers who leave after the first three songs (unless they have to of course). To me, if you don't really love live music, what the hell are you doing there? I know a lot of people who shoot music because the people are famous or because it's a challenge and I think the main thing about music photography is the music. The live show is for the audience, not for the photographers...you shoot what you get and that's what I love about music photography. Trying to make the person hear the music when they look at your photo. One of the biggest compliments I get is when people shoot me an email and tell me, "Thank you for documenting the show because I really wanted to be there and you really made me feel like I was there for a minute." 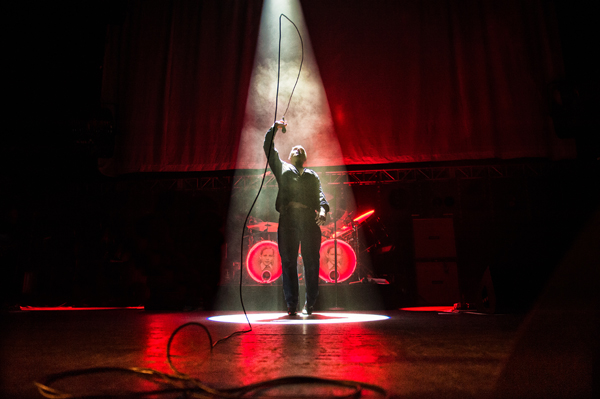 What's your opinion of the idea of competition in photography?
I do what I do you know, I never compare myself to other photographers. I really like seeing other photographers' work and I never see myself competing for a spot or a place or anything like that. I just don't see photography like that. I really think that it's such fun and hard work that if you're busy competing with other photographers you're probably in the wrong place. I think that if you have your own unique style and you're just doing what you're doing then that's all you need. What are we competing for? I'm just honored that people are looking up my stuff and it makes them feel something, that's all I care about.

Can you tune everyone into the monetary side of live music photography?
Most music photographers don't make their living that way, unfortunately. Photography is such an individual thing, you really let someone see your perspective on things, your point of view, your angle, your style. Photography to me is so much about style and that's why I spend so much time editing my images, it's aesthetic and passion. It's really everything in one photograph. If you don't do it for those reasons, you're in the wrong business my friend. If you want to make a lot of money out of music photography, I just think you're in the wrong business - what can I tell you? That should never be your drive to shoot music and I'm not saying don't make money off it if you can, but that's not the reason you should do it. 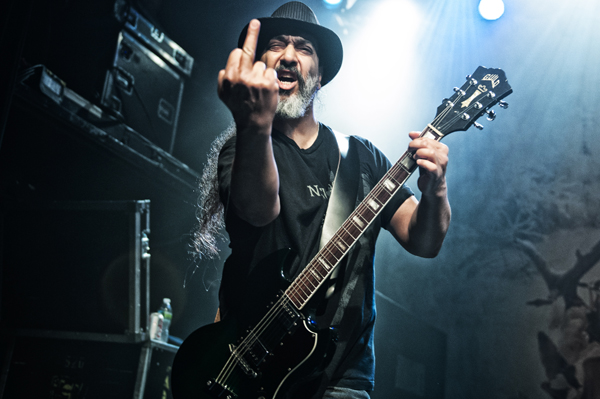 If someone asked you how to become a live music photographer, what would you say?
Grab your camera and start shooting. That's it, that's all it is. There's really nothing more than that. Get whatever camera you have and start shooting. Someone told me once that the best camera is the one you have with you and it's very true. I think starting out on such a shitty camera made me a better photographer.

What do you think it takes to be a great live music photographer?
I think a lot of it is natural instinct, and I think any documentary photographer needs to have good instincts and a good eye. I think those are the two things you have to have. If you don't have that then you're probably not going to make the best photographer (laughs). Things change so quickly and I think a lot of photographers fail where they doubt themselves. Insecurity is not something to have in the photo-pit. You can't have it, you need to be very determined about your next move and you need to be very spontaneous. You need to trust your instincts.

What do you want to accomplish with your photography, Dana?
I just want to do it for the rest of my life. Being able to shoot any single show I want. Always. Ever. I've done a lot in three years, I'm already doing what I want to be doing with my photography. I just want to keep doing it - that's what I want. 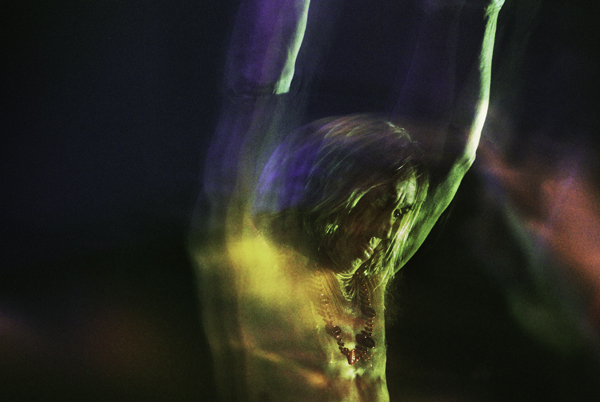 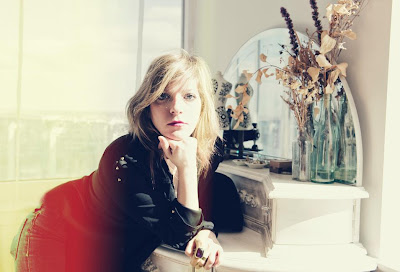